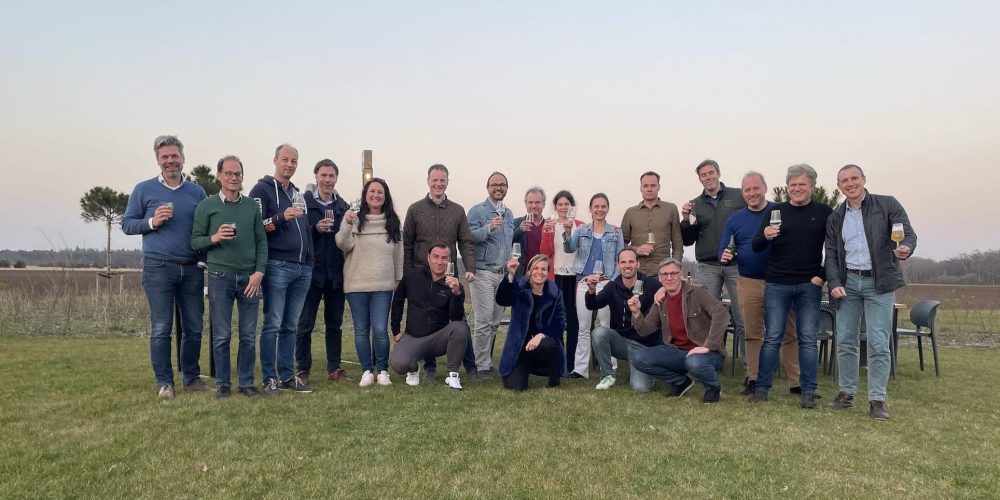 Great news reaches us on World Quantum Day: The National Growth Fund Committee green-lit Phase 2 of our seven year programme! €228 million will be unlocked for scaling up our current activities, further realising campus development across the Netherlands and launching a €15 million Seed Fund.

On 9 April 2021, the following press release was sent out:

Funds will be used to train 2,000 researchers and engineers to scale 100 start-ups and to host three corporate R&D labs in the Netherlands by 2027

Quantum Delta NL, the public-private foundation, which launched in 2020 with the mandate to coordinate and execute the Netherland’s National Agenda for Quantum Technology (NAQT), today announced that it has been awarded €615 million from the Dutch Ministry of Economic Affairs and Climate Policy to power the advancement of quantum technology.

National Growth Fund
The capital has been awarded by the National Growth Fund, an investment fund created by the cabinet of the Netherlands to boost economic growth and maintain prosperity for the foreseeable future. An independent commission tasked with reviewing investment proposals was led by Jeroen Dijsselbloem, former Chairman of the Board of Governors of the European Stability Mechanism, which includes HRH Prince Constantijn van Oranje-Nassau and Robbert Dijkgraaf, director of the Institute of Advanced Studies in Princeton.

“There is no doubt that quantum technologies will have a profound impact on the world, transforming information and communication technology systems to deliver benefits for all of society. This investment in Quantum Delta NL’s ambitious program signifies the Netherlands’ long-term commitment to advancing the technology,” said Ronald Hanson, chairman of the Supervisory Board Quantum Delta NL.

Collaboration
A consortium of leading professors, scientists, industry stakeholders, and 80 organizations collaborated in drafting the pitch for the €615 million bid. The budget will help rapidly scale the national agenda’s multi-year program, which is organized around four pillars: R&D, talent development, market creation, and societal impact. With this funding, the quantum industry in the Netherlands projects it will create 30,000 high-tech jobs and have a cumulative economic impact of €5 to 7 billion. According to a recent Boston Consulting Group report, the market for quantum could grow to around $300 billion worldwide by 2050.

“An ecosystem approach was activated where the academic, public, private and government sectors work symbiotically to drive the initiative forward. While the Netherlands has already matured from strategy to the execution phase of the NAQT, this critical funding is needed to scale the ecosystem in all its facets: people, facilities and capital,” said Freeke Heijman, Director of Quantum Delta NL.

Unique opportunity
The funding provides the Netherlands with a unique opportunity to convert its lead in quantum technology into sustainable earning power for the benefit of Europe as a whole. The Netherlands has a long track record of innovation in quantum technology and continues to play a leading role in building a world-class European quantum ecosystem. For example, Dutch researchers lead the development of semiconductor and germanium quantum processors, the use of entanglement for a quantum Internet, and the launch of the first European quantum computer in the cloud (Quantum Inspire). Quantum Delta NL is focused on supporting the complete ecosystem by providing companies with the infrastructure necessary to build quantum computers. The geography of the Netherlands works as an advantage: all major clusters are within a 1-hour drive from each other and function as a single, interconnected ecosystem. Through its focus on enabling partnerships, Quantum Delta NL is uniquely qualified to fuel the development of quantum technology globally.

What activities were realised since 9 April 2021, the day on which the Committee announced Quantum Delta NL would receive €615 million to grow our thriving quantum ecosystem over a 7 year period?

This list solely reflects the list of activities realised by the Quantum Delta NL team. There are many more achievements by people and teams in our community.

We’re super proud and happy to have received the National Growth Fund Committee’s support to continue what we started, and further scale up or activities over the next few years.

Congratulations to everyone who’s contributed to this milestone. 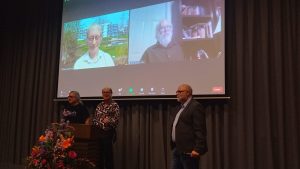