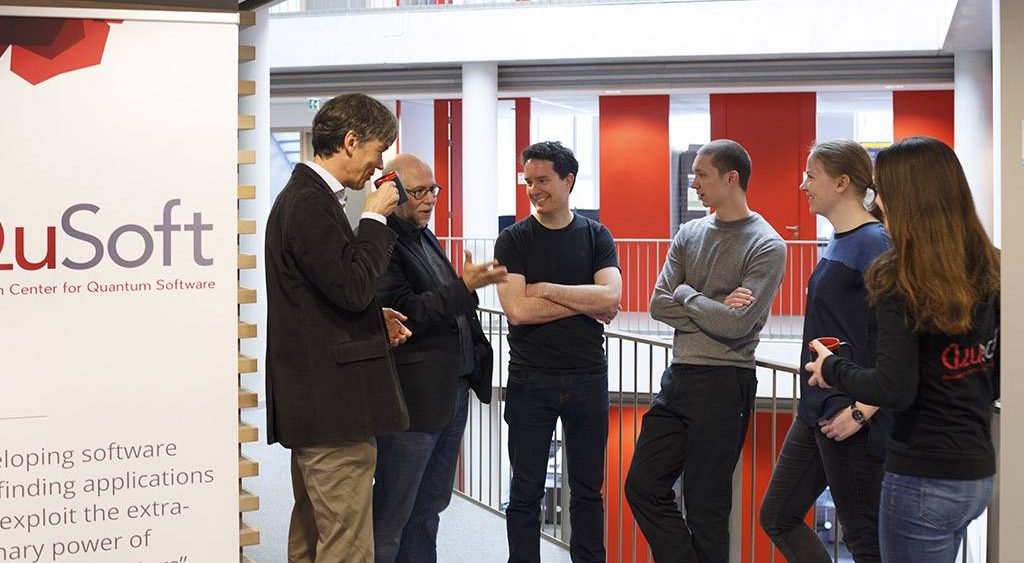 QuSoft, the new Dutch research center for quantum software, has awarded two junior research positions. After an internal call, the proposals were evaluated by an expert jury who selected the best two proposals. The first, which will be supervised by Jasper van Wezel, is a PhD position devoted to the analysis of collective qubit dynamics. […]

On Friday 24 June 2016 QuSoft received a delegation of the European Conference Industrial Technologies 2016 . This biannual gathering was held in Amsterdam and is the largest networking conference in the field of new production technologies, materials, nanotechnology, biotechnology and digitalization in Europe. Part of the program were site visits to Dutch companies and […]